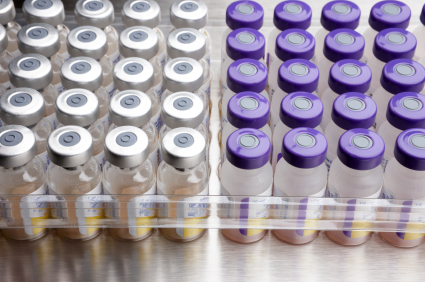 I’ve been treating autistic children for over a decade now and it’s definitely a slow and arduous process fraught with limitations coupled with excitement and success.  Recently, I came across a fascinating treatment concept that has made stunning changes in my autistic patients.  Children I started treating who had no speech, eye contact and constant behavioral disconnect were “awoken” by vaccination detoxification faster than anything I’ve seen previously in my work.  The impact of vaccines on children leading to autism is a difficult connection to make in the best of circumstances.  So much so that scientific research has declared that the MMR vaccine has no clear relationship to the development of autism despite many parents making such claims.  However, I’ve been treating autistic children for long enough, before most pediatricians even knew how to diagnose the condition that I know that there is an impact of vaccinations on children who are susceptible to autism.  Maybe not the first vaccine but the second, fifth or 20th vaccine can turn some happy, normally developing children into the vacant, frustrated and out of touch children that we call autistic.

In my practice, especially in the past year or so, I’ve noticed more parents complaining of their children “regressing” or retreating from normal speech development to loss of words shortly (usually within a month or so) after a series of injections. I attribute this to some HMO’s using “super shots” or combination vaccines to minimize the number of shots needed to give their young patients. Although this sounds like a good idea from a dollar public health perspective, these super shots are especially hard on a young, vulnerable developing nervous system.  The exciting thing, however is that the late Dr. Tinus Smits, MD developed an incredible vaccine detoxification program.

Dr. Smits named his detox program “CEASE Therapy” CEASE, an acronym for Complete Elimination of Autistic Spectrum Expression.  My experience with CEASE therapy is that the use of homeopathic remedies made from the very vaccines that contributed to the development of the autistic symptoms can be energetically detoxified from the body.  These remedies made from the vaccines are incredible indeed.  As soon as I read about the idea, I incorporated the theory into my practice and the results were nothing short of exciting.  Children started speaking and babbling almost from the first few doses of the remedies.  They became calmer, more focused and their eye contact returned almost immediately.  The progress of the treatments are steady and can take a number of months but the initial impact of reducing the negative impact on the nervous system in these children was incredible.

The negative aspects of this treatment is that the detox process can be pretty intense and the parents and caretakers need to be prepared to deal with the detox symptoms.  I give the parents  many instructions on how to promote detoxification in their child but no matter what, the vaccines, as they are detoxified are very obviously impacting the child’s brain and nervous system.  Common side effects include the possibility of very erratic behavior, melt downs, affected sleep, fever, return of stims etc.  Detox symptoms last from half a day to a week but once it’s passed the sun returns and the child open up to a whole new awareness.  In some cases the detox process is short and mild but many are disconcerting to watch.  The vaccine detox as well as detoxification for antibiotics and medications that the child was given prior to the onset of autism symptoms is a necessary and incredibly eye opening step toward the recovery of your child.  Your doctor who does CEASE therapy on your child, no matter the age, will also consider the mother’s health history as well often giving homeopathic remedies of the medications that the mom had taken during or just prior to pregnancy as often these drugs enter the developing child leading to a contributing factor of autism.

I recommend doing CEASE therapy on all autistic children or adults, and children or adults with ADD and ADHD or other neurological problems.  The results are nothing short of stunning with little or no limitation on age.  For more information on how I treat autism spectrum disorders, Click here. Good luck.

We'll get back to you shortly!